Yemen is still currently in a Civil War that has been ongoing since 2015. This war has had devastating consequences, the country of Yemen was already struggling before the war but matters are unfortunately worse. Lack of economic diversification and stalling economic reforms have resulted in the nation’s Central Bank being unable to sustain imports of key items, rising inflation, and firms laying off workers.

Worst Humanitarian Crisis In The World

Yemen’s armed war has resulted in tens of thousands of civilian deaths and the displacement of over 4 million people, making it one of the world’s most serious humanitarian crises and relief missions. The number of active front lines in Yemen climbed from 49 in 2020 to 51 by mid-2021, according to early estimates, and two of the highest monthly civilian death rates since December 2019 occurred in October and December 2021, according to early estimates. In 2021, at least 286,700 individuals are expected to be relocated. In 2021, a significant depreciation of the Yemeni rial (YER) contributed to the economy of Yemen deteriorating further, forcing up the prices of basic commodities and services including as food, petrol, and healthcare. 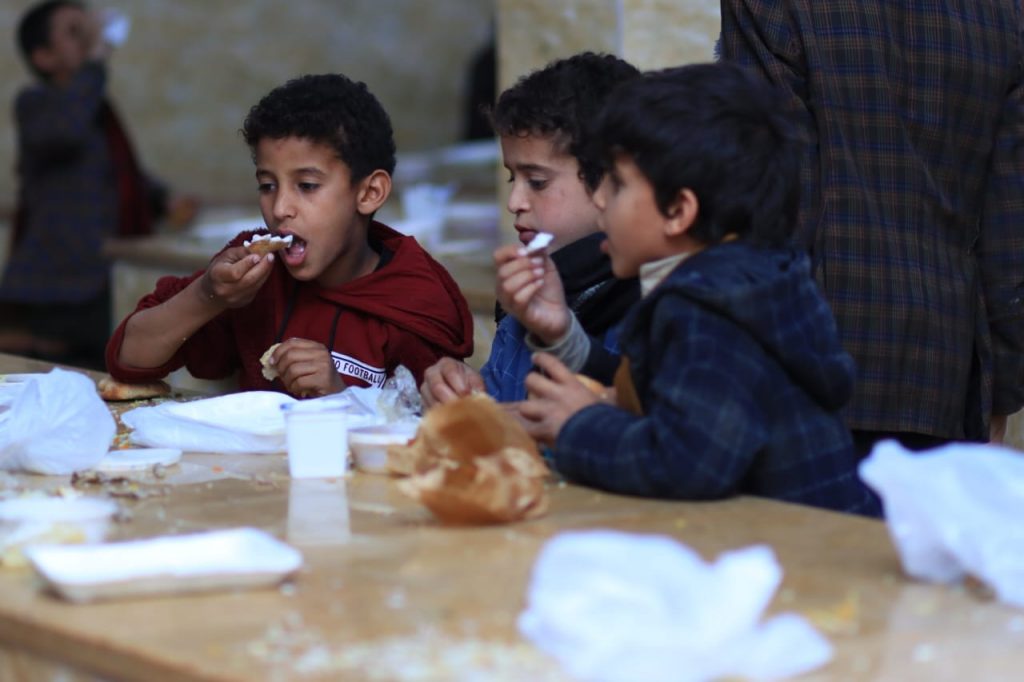 How to Help Children in Yemen

Since the war began, more than 10,200 children have been murdered or injured, with thousands more being recruited into the struggle. Internally displaced children number around 2 million. Access to education and health services has also been affected due to the destruction and closure of schools and hospitals. Over 2 million youngsters are out of school, putting them at an even greater risk.

Children do not deserve to live like this. They deserve a proper childhood like the ones we had. Could you imagine if your children went through these hardships? Donate now to save the children of Yemen.

How to Help Yemen?

We work endlessly to provide and inform how to help the people of Yemen. If you have the same passion for helping others as we do, please consider donating to the relief funds below.

Orphan Sponsorship – Children are the most vulnerable and disproportionately affected by Yemen’s war. Many people have been murdered or injured, recruited into military forces and groups, and lost family members as a result of their actions. Death from avoidable illnesses is a terrible fact in a decaying medical system.  Sponsor now!

Mercy Bakery – Mercy Bakery is a concept based on the belief that everyone should have access to the most fundamental of foods: bread. However, when we saw that many people in Yemen were hungry, we knew we had to intervene. Donate now!

Medical Relief  – Yemenis are being helped by Project Medical Relief, which aims to reduce the financial burden of getting medical care. The majority of citizens in Yemen are unable to access the healthcare they require. Help now!

Food Cart – It is extremely difficult to have continuous access to basic food necessities in war-torn nations like Yemen. Getting to the meal might be even more difficult at times. Feed now!

Water and Sanitation – When given in abundance, water is a lifeline that we frequently overlook. Yemen is still one of the world’s most water-scarce countries. Conflicts have had a significant influence on access to clean water and sanitation. Donate clean water.

All though all of the projects provide relief with the destructions that the war has created, UHR has a team dedicated to help those directly affected by the humanitarian crisis. As a community we want to help as much as we can and provide aid to Yemen in any and every possible way. Please donate now to change lives for the better.